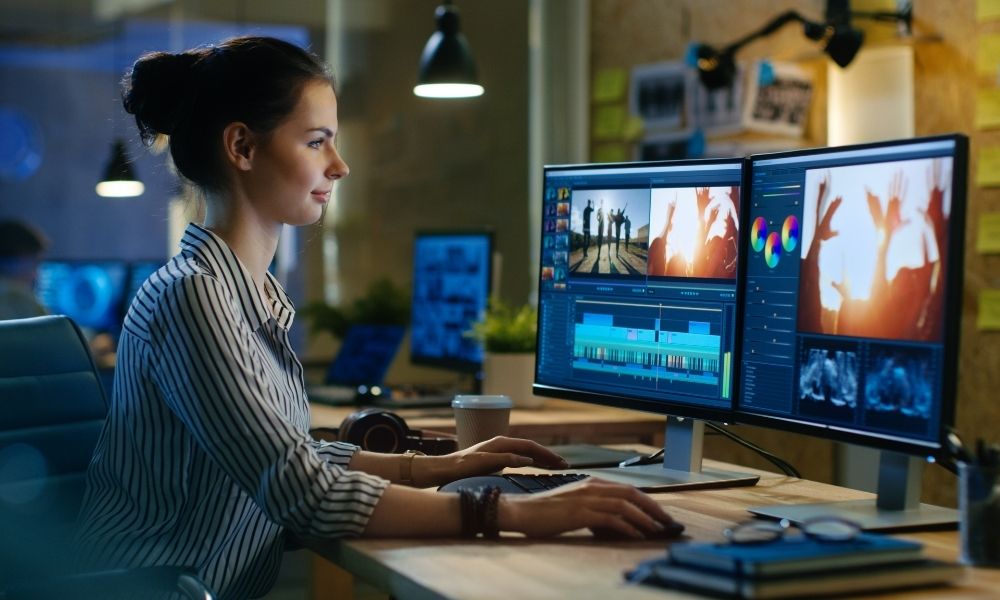 What Visual FX Is and How It Works

Visual FX, or VFX, involves the consolidation of real-life footage that’s manipulated or enhanced post-shooting to create spectacular, eye-catching effects. It allows artists to create situations that would be risky, costly, or otherwise cumbersome to recreate during the actual filming process, such as dramatic scenes with alien figures or walking, talking animals. To learn more about what visual FX is and how it works, keep on reading.

Their names might sound similar, but visual effects and special effects are two entirely different things. Special effects are realized during the filming process. They include things such as controlled explosions, gunshot wounds, and colorful, flashing lights. Visual effects are added post-shooting with specialized software and computer-generated imagery, or CGI.

Despite the bulk of VFX work being completed post-production, the process requires careful pre-production planning and preparation—the installation of green screens, for one. Otherworldly objects and scenarios, such as those seen in fantasy and sci-fi films, would be impossible to include without the manipulation or enhancement of digital images.

VFX artists use animation and compositing software to consolidate, manipulate, and enhance video footage. Some commonly used programs include:

Most artists will only utilize a select few programs. They tend to have personal preferences for the type of software and techniques they employ during the animation and compositing process.

VFX artists use a variety of techniques to include realistic generated imagery into post-production footage. Some of the most popular techniques include match moving, animation, 3D modeling, and rotoscoping. Let’s take a quick look at each.

Match moving is a technique that allows for the insertion of computer graphics with the respective position, scale, orientation, and motion relative to other objects in the shot. For example, VFX artists can add a large, detailed scar to an actor’s face and have that scar adapt to simple motions, such as the turn of the actor’s head. Once these animated elements are composited back into the animation or film, they appear to function seamlessly.

The majority of modern animations are formed through CGI. These animations can be either two- or three-dimensional, depending on factors such as the style and frame rate. Animated GIFs and Flash support these animations, allowing them to be displayed on a computer screen.

The job of modelers is to create realistic, three-dimensional models of objects and artificially transpose them into a space. If animation is being used, it’s applied once the model is produced. Modelers might work from scratch, concept art, or other three-dimensional designs. Sometimes, they’ll also focus on the model’s topology. This is the way vertices and edges are arranged, and it can help tremendously in the animation process.

Rotoscoping artists trace over a piece of footage or an image frame by frame, using the compositing software’s tools to create a brand-new alpha channel. This creates a matte, or mask, of an element, which allows it to be extracted for placement on a different background or masked out for color changes. Rotoscoping is a complex process. Depending on the scale of the project, it can take hours or days to finish.

Understanding what visual FX is and how it works can give you a better appreciation of this astounding but complicated process. At Blaque Studio, we can provide you with reliable, high-quality visual FX studio services, design and imaging services, and more. Contact us to see what our skilled imaging specialists can do for you.